Tenuta Luce is a joint venture between two of the leading figures in the wine world, Vittorio Frescobaldi and Robert Mondavi, that started in the early 1990s. The union was built out of their shared goal to offer the world a truly impassioned, unique wine from Montalcino – while encompassing both of their personal traditions. Following due course, twenty years ago, thanks to their sons and winemakers, Lamberto and Tim, their thrilling blend of Sangiovese and Merlot, Luce was born. The estate comprises of 192-hectares, with 77 devoted to vineyards. These plots producing their flagship, Luce, and more recently their second wine, Lucente. Five hectares of the vineyard are registered as Brunello di Montalcino DOCG and these are devoted to the creation of their territorial expressive Luce Brunello.. 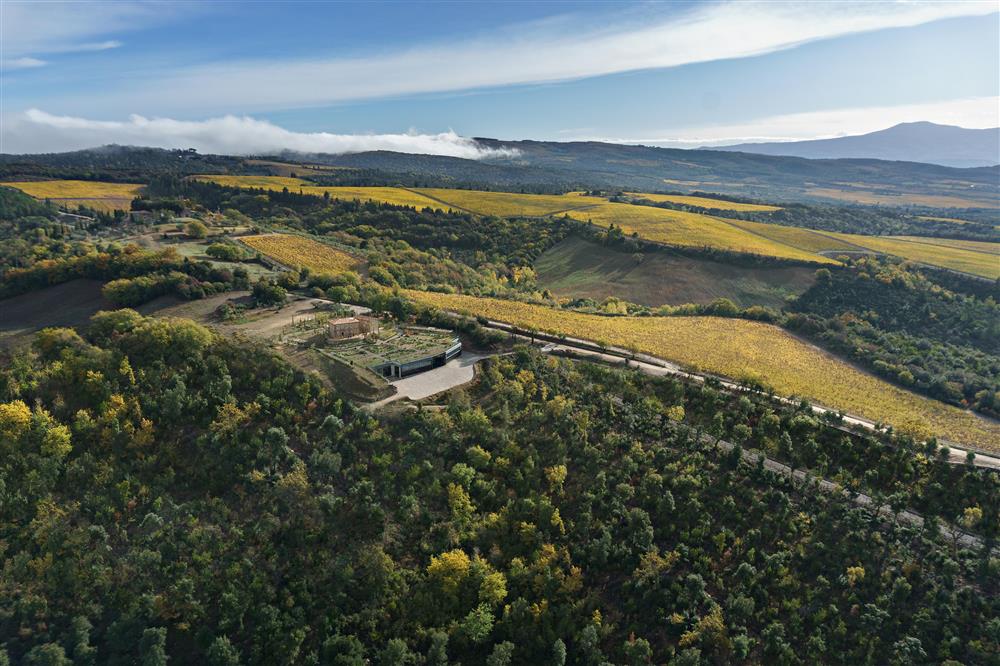